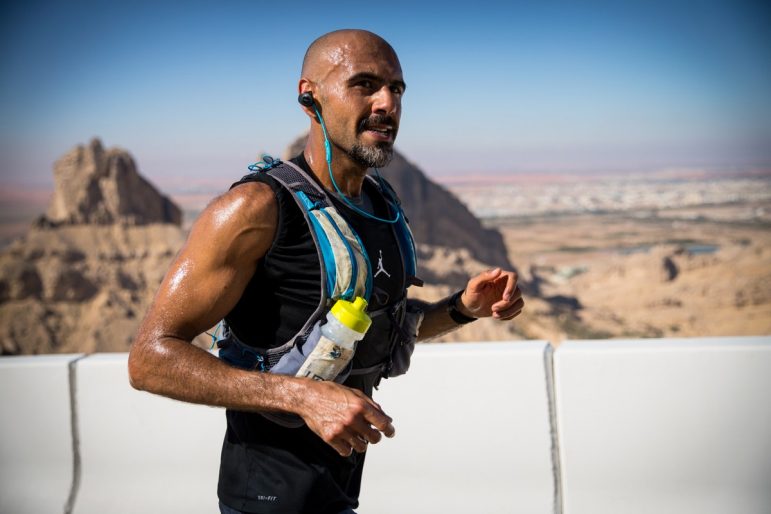 This documentary covers the story of the young Emirati, Dr. Khaled Al-Suwaidi, who, on February 3, 2018, ran a 327-kilometer, 80-hour ultramarathon from Fujairah Port in Fujairah to Zayed Port in Abu Dhabi. It was the first time someone had ever run such a distance in the United Arab Emirates. Dr. Khaled dedicated this initiative to raise funds for the Cancer Patient Care Society (Rahma), which was established by his father, Prof. Jamal Sanad Al-Suwaidi. Dr. Khaled believes that in order to reach maturity and personality growth, and to be able to comfortably deal with all difficulties, it is important to step outside of one’s “comfort zone” and accept “self-suffering.” Until October 2017, Dr. Khaled had had no running experience. Since his childhood, he has also had a case of “flat feet,” which is an obstacle to running. Nevertheless, this only added to his determination to achieve his goal. By following a very strict exercise regime, he was able to obtain victory in this difficult battle.